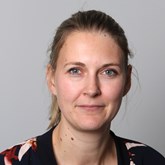 Does prison cause mental health problems among inmates and their family members? Correlational evidence reveals that the prevalence of mental health problems is much higher among inmates than among the general population, but remains silent on the issue of causality. We exploit the strengths of the Norwegian setting and the richness of the data available to measure the impacts of incarceration on the health of defendants and their family members. We first use an event study design around the case decision event. We complement this with an instrumental variable strategy that takes advantage of the random assignment of criminal cases to judges differing in their stringency. Both methods consistently show that the positive correlation is misleading: incarceration in fact lowers the prevalence of mental health disorders among defendants as measured by mental health-related visits to health-care professionals. We further demonstrate that this effect lasts long after release and is unlikely driven by a shift in health-care demand holding health status constant. Family members, especially spouses, also experience positive spillovers on their mental health.

Katrine V. Løken is Professor of Economics at the Norwegian School of Economics. Her PhD is from University of Bergen in 2010. She is co-research director at CELE since 2017, and a Principal Investigator at the Centre of Excellence FAIR (Centre for Experimental Research on Fairness, Inequality and Rationality).

Laura Khoury joined the Norwegian School of Economics in 2019 as a Postdoctoral researcher. She received her PhD in economics in September 2019 from the Paris School of Economics. Her primary research areas are labour economics, public economics and the economics of crime. She is particularly interested in understanding the interactions between social insurance and the labour market.