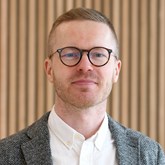 The effect was mediated by future expectations, as participants who imagined a vivid exclusion scenario thought they were more likely to experience actual rejection in the coming weeks.

A correlational survey focusing on individual differences found a similar pattern. People who felt a strong sense of general belonging thought they were less likely to experience future rejection than people with weak belonging, and they also reported higher levels of current happiness.