Breaking the Glass Ceiling? The Effect of Board Quotas on Female Labour Market Outcomes in Norway

Breaking the Glass Ceiling? The Effect of Board Quotas on Female Labour Market Outcomes in Norway 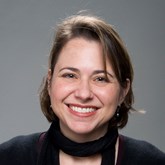 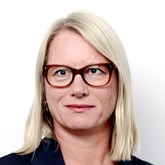 In late 2003, Norway passed a law mandating 40% representation of each gender on the board of public limited liability companies. The primary objective of this reform was to increase the representation of women in top positions in the corporate sector and decrease the gender disparity in earnings within that sector. We document that the women appointed to these boards post-reform were observably more qualified than their female predecessors along many dimensions, and that the gender gap in earnings within boards fell substantially. However, we see no robust evidence that the reform benefited the larger set of women employed in the companies subject to the quota. Moreover, the reform had no clear impact on highly qualified women whose qualifications mirror those of board members but who were not appointed to boards. Finally, we find mixed support for the view that the reform affected the decisions of young women. While the reform was not accompanied by any change in female enrollment in business education programmes, we do see some improvements in labour market outcomes for young women with graduate business degrees in their early career stages; however, we observe similar improvements for young women with graduate science degrees, suggesting this may not be due to the reform. Overall, seven years after the board quota policy fully came into effect, we conclude that it had very little discernible impact on women in business beyond its direct effect on the women who made it into boardrooms.