Not many could have foreseen that a virus would bring the global economy to its knees in 2020, writes Professor Ola H Grytten. 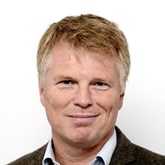 Ola H. Grytten is a professor in economic history at the Norwegian School of Economics.

Crisis packages with an unbalanced focus on symptom alleviation for businesses can have negative consequences in the longer term. Even when economists were observing the impact of the coronavirus in China, we doubted that it would have major consequences for the global economy, but we got it badly wrong.

Stock exchanges around the world have lost around 30 per cent in value, and oil prices have been halved in a short space of time. The travel and tourism industry has ground to a halt, factories are closing and the number of people laid off and unemployed has doubled in just a few weeks.

Instability to be expected in future

‘We can expect increased instability in the Norwegian economy going forward. Norway is affected by global uncertainty, and we are now seeing the Corona virus causing increased uncertainty in the markets,’ says Gernot Doppelhofer, Professor at NHH.

How could this happen?

There is every reason to ask how the crisis could have become so far-reaching and how well the crisis packages are suited to meeting the huge problems facing the economy. The outbreaks of Ebola, swine flu, avian flu and SARS had a clear negative impact on the economies of the affected countries.

However, these viruses did not spread around the world, which meant that the impact on the global economy largely took the form of turbulent stock exchanges, a slight slump for travel and tourism and fear in the markets. After a while, the fear dissipated and new growth quickly ensued.

The difference is global infection

The difference this time is that the infection has spread to the whole world, it has spread quickly and leaves serious illness and death in its trail. The authorities in country upon country have therefore shut down large parts of society and thereby also the business sector to limit the spread of infection.

Travel has thus virtually ground to a halt, which means that the travel and tourism industry is sitting on its hands and not producing services. Workplaces are also being shut down to limit the infection spreading.

Politicians have to carefully manage the purse strings.

Is government spending the answer to the crisis? Yes – and no. Measures that increase demand in the economy can compound the scarcity of goods, services and labour, writes Associate Professor Torfinn Harding.

Loans are no use when customers disappear, writes NHH Professor Victor D Norman.

Crisis on the supply side

What we are seeing is basically what is known as a negative exogenous supply shock, which means that forces outside the economy itself are shutting down production. As a result, demand for a number of goods and services also falls. Income and payment flows grind to a halt and small and large companies alike quickly find themselves in a serious profit performance and liquidity crisis.

Negative expectations of profitability lead to share prices crashing and many people wanting to sell their positions as they are afraid of losing large sums of money, while buyers sit on the fence and wait for a better time to invest. This quickly leads to shares crashing all over the world. The fall in production quickly reduces the demand for oil. It is then vital that major oil producers reduce production to keep the prices up. The OPEC negotiations to reduce oil production collapsed, however. Instead, Russia and Saudi Arabia indicated that they would increase production, which saw oil prices falling to as low as USD 25 a barrel, making much of production unprofitable. This means the consequences are greater for the Norwegian economy than for many other countries.

Luckily, the Norwegian authorities have followed the example of other countries, introducing generous crisis packages, while the Central Bank of Norway has cut the interest rate significantly. This will, first of all, secure workers who lose their job a certain level of income. Secondly, it will secure liquidity for healthy companies until the crisis is over, and, thirdly, it aims to stimulate the business sector through increased expenditure and lower interest expenses. It is difficult not to see that these measures are expedient and right in the short term.

In the longer term, however, they may present challenges that should also be considered.

Similar to the Spanish flu

The crisis is largely a supply crisis or production crisis, which also negatively impacts demand. The crisis measures to date almost exclusively appear to address the demand stimulus pumped into the economy, while the economy is shutting down on the production side. This means that the measures largely take the form of necessary but short-term symptom alleviation.

This may prove not to be as beneficial in the longer term. It is no good furnishing money for businesses or people if production ceases. In the longer term, it can lead to higher inflation and money losing its value. Thus, some of the financial aid will be swallowed up by lost monetary value. This is not unlike the consequences of the Spanish flu, which killed some 50 to 100 million people, thereby leading to a shortage of labour from 1918 to 1920, while the global economy was kept going by the authorities pumping money into the market. Imbalances thus emerged in the global economy, which led to a major financial crisis in the early 1920s.

A weak krone has advantages and disadvantages

The combination of lower interest rates, a sharp fall in oil prices and a crisis in the global economy has also meant that the value of the krone has weakened very quickly. This is good in one respect. Oil, fish and a range of other export items are sold in EUR and USD. When the value of the krone falls in relation to these currencies, exports automatically generate greater revenues, while it also increases the competitiveness of Norwegian companies in markets outside Norway, since Norwegian products become cheaper in the competition with foreign products when the krone is cheaper.

A weakened krone also has a downside, however. Imported products and factor inputs to Norwegian industry become much more expensive. This entails a huge cost challenge for industrial companies in particular, which import important components from abroad at the same time that the market is folding. Their ability to pay is thus reduced and they risk bankruptcy.

The situation means fewer assignments for the shipping companies and thus also the yards in the maritime cluster in the north of Western Norway. These two industries are already on their knees and are unlikely to survive another downturn.

In the longer term, it is important that politicians not only focus on necessary symptom alleviation and survival aid on the demand side, but also take steps to enable the supply side to pick up.

If not, the crisis packages that we are now seeing may over time have a negative impact on the economy.