Collapsing oil prices: A window of opportunity for manufacturing

Collapsing oil prices: A window of opportunity for manufacturing

Due to the collapse in the price of oil, oil-exporting economies are experiencing a huge loss of foreign revenues. This may create a window of opportunity to transition away from resource dependence. 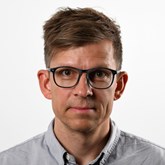 Torfinn Harding, Associate Professor at the Department of Economics, NHH.

A VoxEU.org Column by Torfinn Harding, Radek Stefanski and Gerhard Toewsand. The column is based on their paper "Boom Goes the Price: Giant Resource Discoveries and Real Exchange Rate Appreciation"

Due to the collapse in the price of oil, oil-exporting economies are experiencing a huge loss of foreign revenues. This may create a window of opportunity to transition away from resource dependence by expanding the tradable goods sector, hence diversifying the economies.

Assuming symmetric economic responses for booms and busts and relying on estimates for unexpected giant resource discoveries which predict an appreciation of the real exchange rate and a contraction of the manufacturing sector, the current drop in the oil price may lead to a boom in manufacturing.

Oil-exporting countries suddenly seem a lot poorer than they were just a few months ago. The cratering of oil demand, due to anti-COVID-19 measures, and the ongoing oil price war jointly led – for the first time in history – to a negative oil price in the US on  20 April 2020. Between January and early April 2020, the Brent international oil price benchmark had fallen from $70 to approximately $20 per barrel (see Figure 1). The oil revenues of firms and governments in oil-exporting economies have thus plummeted together with the real income of the citizens of these economies.

Resource rich economies are now facing a dual shock (Arezki and Nguyen 2020). They are exposed to the economic consequences (Baldwin and Weder di Mauro 2020a) of the global pandemic in ways which are unrelated to their resource wealth and may call for swift policy measures (Baldwin and Weder di Mauro 2020b). They also suffer from a negative terms of trade shock, resulting in lower government revenues and less financial capacity to deal with the current events.

Since oil rich developing economies are often classified as economically and politically fragile (Ross 2013), there is reason for concern that the current situation may lead to an erosion of economic and social stability (Arezki and Fan 2020) if the drop in the oil price persists (Economist 2020).