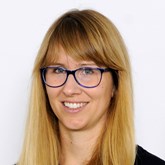 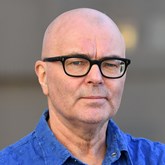 During sensitive periods in utero, gonadal steroids help organize biological sex differences in humans and other mammals. In litter-bearing species, chromosomal females passively exposed to prenatal testosterone from male littermates exhibit altered physical and behavioral traits as adults. The consequences of such effects are less well understood in humans, but recent near-doubling of twinning rates in many countries since 1980, secondary to advanced maternal age and increased reliance on in vitro fertilization, means that an increasing subset of females in many populations may be exposed to prenatal testosterone from their male co-twin. Here we use data on all births in Norway (n = 728,842, including 13,800 twins) between 1967 and 1978 to show that females exposed in utero to a male co-twin have a decreased probability of graduating from high school (15.2%), completing college (3.9%), and being married (11.7%), and have lower fertility (5.8%) and life-cycle earnings (8.6%). These relationships remain unchanged among the subsets of 583 and 239 females whose male co-twin died during the first postnatal year and first 28 days of life, respectively, supporting the interpretation that they are due primarily to prenatal exposure rather than to postnatal socialization effects of being raised with a male sibling. Our findings provide empirical evidence, using objectively measured nation-level data, that human females exposed prenatally to a male co-twin experience long-term changes in marriage, fertility, and human capital. These findings support the hypothesis of in utero testosterone transfer between twins, which is likely affecting a small but growing subset of females worldwide.