The Heterogeneous Effects of Education on Crime

The Heterogeneous Effects of Education on Crime 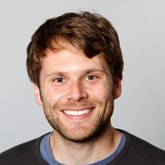 An extensive literature has established strong crime reducing effects of education. However, given differences in the types of crime as well as the motivating factors behind these crimes, there is reason to believe the crime reducing capabilities of education may not be equal across all individuals.

Education better for some than for others

Comparing the education and crime outcomes between two twins using Danish Register Data, the Assistant Professor Patrick Bennett examines whether education is equally effective in lowering crime for all individuals. The paper finds that family background and environmental factors matter for precisely when in the lifecycle education can reduce crime. For males of more disadvantaged backgrounds, measured by having low educated parents and growing up in a high crime neighborhood, education lowers crime across all ages from 18-30. However, for those from highly educated families and those who grow up in low crime neighborhoods, education is only capable of reducing crimes committed later in life.

Aline Bütikofer and Giovanni Peri have a new working paper on "The Effects of Cognitive and Noncognitive Skills on Migration Decisions." Their evidence suggests that adaptability reduces the psychological cost of migrating, whereas cognitive skills increase the monetary returns associated with migration.

Additionally, there exists a crime reducing effect of completing vocational education, though this effect is small in magnitude compared to the completion of non-vocational education. While comparing one twin to another holds constant genetic, family, and environmental factors, any differences across twins might account for the findings. Importantly, accounting for early health differences between two twins does not fundamentally alter the results.

The heterogeneous effects of education on crime reveal the importance to public policy of accounting for differences across individuals, as such differences matter for how and when education can be expected to reduce crime.

Read the paper in Labour Economics

See all publications from FAIR