In search for a new business policy and management practice

In search for a new business policy and management practice 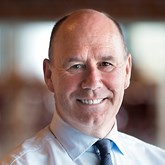 On 19 August 2019, New York Times wrote that “Shareholder Value Is No Longer Everything, Top C.E.O. says”.

The articles were in response to Business Roundtable’s decision to replace the old mono-stakeholder (i.e. shareholders) policy for business with a multi-stakeholder perspective – more in tune with Elkinton’s (2018) and Miller’s (2020) triple bottom line logic: Profit, People, and Planet.

Theoretically, the old business policy - the Friedman doctrine (the shareholder first doctrine)-  was anchored in Friedman's (1973) claim that “The Social Responsibility Of Business Is to Increase Its Profits” and Jensen and Meckling's (1976) principal-agent theory, i.e., CEOs are hired to serve the interests of shareholders. Jack Welch, the legendary CEO of General Electric (GE) perfected the Friedman doctrine when he became the CEO in 1981 (Gelles 2022).

“Welchism” became synonymous with cost cutting, downsizing, outsourcing, and M&As - all to the tunes of aggressive buy-back of shares and outrageous CEO incentives to make sure that they staid loyal to the principals. Because the strategy produced double-digit growth in share prices for GE when Welch was their CEO, it was soon copied and implemented by other large US organizations.

In hindsight, Welchism hurt societies, GE, and other large organizations that implemented Jack Welch’s approach to value creation (Gelles 2022). The results was that they prepared the ground for a new and more sustainable business logic where shareholders were one of many stakeholders.

Paradoxically, the shareholder first doctrine was not profitable for shareholders, according to Martin (2010) who compared the annual returns of companies included in the American index S&P500 for two periods: the "professional manager" period (1933 to 1976) with the "professional manager as shareholder" period (1977 to 2008). Surprisingly, the shareholders had a higher annual return in the period when they were not a priority group: 7.6 percent versus 5.9 percent.

The multi-stakeholder business policy forces companies to be part of societies’ many challenges like sustainability, equality, and human rights, and leaders must assume a broader responsibility when formulating and implementing their business strategy (Henderson 2021).

Today, policymakers, employees, consumers, investors, and citizens are expecting a new responsible business policy and management practice that does service to the world. Bottom line: Firms must be part of the solution, not the problem.