To survive and thrive, organizations have to balance many conflicting demands. What theories can help us to understand this complex and intricate balancing act? 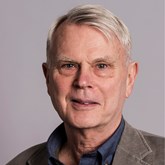 To be successful and to survive, organizations have to make trade-offs between stability and change, predictability and flexibility, unity and diversity, coherence and ambiguity and efficiency and adaptiveness. The challenge, however, is to understand how to balance these conflicting demands. From this view, the paper asks the question: Do we have theories that can help us to understand the complex and intricate process regarding balancing conflicting demands? To answer this question, I will describe and discuss the rhizome metaphor (Deleuze and Guattari, 1988).

A “rhizome” is a botanical term. It is a kind of plant that pops out of the ground over an expanding area, giving the impression that many separate plants are emerging in close proximity to one another, but in fact these ostensibly individual “plants” are parts of one big plant, and are interconnected by stems that grow horizontally under or along the ground. They spread with no direction, no beginning, and no end.

More specifically, a rhizome grows from a plant that has root and plant stem. From one plant, several rhizomes can grow and each rhizome gives off a number of new shoots that can become new plants - which in turn give off new rhizomes. It is a process that describes constant movement and transformation that creates a complex network.

A rhizome forms a gathering and grouping of elements. Within an assemblage, there are two (organizational) planes of interaction. The first is interaction in a vertical, hierarchical form and in a specific order. The second is interaction in a horizontal alliance - where all multiplicities that make part of it, interact with one another.

In Deleuze and Guattari's work, "rhizome" is the philosophical counterpart of the botanical term. They suggest that political, economic, social, and organizational forms and structures are rhizomatically interconnected and conjoined, although such connections are not always visible (in fact, they are rarely visible).

Deleuze and Guattari (1988) describe key characteristics of rhizomatic alliances- or horizontal network connections. The first is connectivity and heterogeneity, which states that every part of the system is connected to another part in any possible way. Like in the real world, a person has a relationship (weak/strong ties) with other persons who are connected to many more, hence creating a network (Nahapiet and Ghoshal, 1998; Granovetter, 2005). The second characteristic is multiplicity. In a rhizome, all the parts are connected to one another and then these to others, and these others to a greater number of others. It is distributed, without a centre. It has no beginning or end. It is nomadic, where the process is as important as the outcome.  A signifying rupture is the third characteristic of the rhizome. It states that a rhizome can never be broken. If one of its parts is interrupted, it will continue in a different path, or change its function, but will always remain. As an example, if an organization is a rhizome, it will adapt to changing demands or manage to balance adaptiveness and efficiency (March 1991). Adaptiveness refers to the long-term substation of new ideas, paradigms, technologies, strategies, and knowledge for old ones. It thrives on experimentation, novelty, free association, loos discipline, and relaxed control. Efficiency refers to the short-term improvement, routinization, and elaboration of existing ideas, technologies, strategies and knowledge.  It thrives on focused attention, precision, analysis, discipline, and control. Another example, if a social network is a rhizome, it will solve problems through conflict resolution and by rebuilding trust and psychological security (Edmondson and Lei, 2014).

A rhizomatic network looks abstract, but it appears to explain ecosystems, the internet and social media, and electronic networks accurately (Deleuze and Guattari, 1988). A rhizomatic network also is an interesting approach to understand the organized complexity of knowledge and knowledge sharing in the reality of infinite information and interconnections. Rhizomes are inherently organic in nature, where knowledge may change as connections change and as the network touches other networks. From this view, creativity might be conceptualised as the series of connections in a rhizome or in a horizontal network structure wherein all nodes can be connected to one another. A rhizome might also be an interesting framework for mapping and understanding global social- and political processes. It is an analytical framework that can produce insight and understanding of social and political processes and the challenges and shortcomings of these processes.

From an organizational perspective, the root and plant stem represent the organizational hierarchy, routine, norms and learned practices - related to stability and efficiency. The rhizomes represent a complex, social network with many links - illustrating bonding/bridging (Putnam, 2000), and weak/strong ties (Granovetter, 2005) – related to flexibility and diversity.  The complex, social network emerges or develops over time in the absence of a specific mission and goals (Mintzberg, 1989). The new shoots represent new opportunities, change, innovation and dilemmas – related to change, uncertainty, ambiguity and adaptiveness. From this view, I will examine the rhizome as a metaphor for organizational structure, as a metaphor for organizational processes and as an ontology. The intention is to illustrate the fluidity of the concept and how the concept has been used in studies of organizations.

Concerning organizational structure. Compared with bureaucratic hierarchies, there now exist radically decentred organizations operating globally through cyberspace - space which Cooper (1998, p. 126) compares to Deleuze and Guattari’s rhizome as seeking to “expand its possibilities of unconstrained freedom.” The comparison between the rhizome, connecting seemingly disparate and random points, and the electronically mediated organization is interesting:

The new transnational companies are themselves, placeless creatures. In Deleuze and Guattari’s terms they are ‘rhizomes’ … The old companies were sedentary and rooted to a specific spot. But we can no longer picket the typical new company’s headquarters because there is none: only the shifting, headless rhizome of connections between its executives and their employees. (Cubitt, 2001, p. 129).

Cubitt presents the rhizome as a metaphor for the expansive, interconnected and structurally indeterminate nature of organizations - mediated through global, electronic networks. He makes the concept work further by introducing issues of power and resistance within such organizational forms and arrangements.

Regarding organizational processes. Jackson and Carter ((2000, p. 252)) discuss human aspects of the organization that are related to the rhizome metaphor:

… not only are humans organized rhizomically, but, also, they organize rhizomically. To talk about organizations as rhizomes is to say that they are, in effect, constituted by flows of desire, belief, micropolitics, micro-power which are unspecifiable, unpredictable and uncapturable and which may, or may not, lead to specific, predictable and identifiable outcomes.

Hence, Jackson and Carter capture the interdependence between the rhizomatic and hierarchical aspects of the organization. Formal organization for them is not to be isolated as separate to the rhizome, it is a part and parcel of it. That is, they use the rhizome as a metaphor for organizational activity, whether this is a description of the activity of an organization as a whole or a description of particular processes within the organization. As an example, decision-making, despite its formal aspects, is a process that is characterized by unspecifiable, unpredictable and uncapturable activity symptomatic of rhizomatic movement. Another example, creativity is in part a social process (network position, weak ties, trust). Social networks of optimal size and weak strength are likely to boost creativity when they afforded actors access to a wide range of different social circles (Perry-Smith and Shalley, 2003; Baer, 2010).

Wood and Ferlie (2003) also use the rhizome to conceptualize organizational activity, such as communication and knowledge sharing.  The rhizome, with its ability to pluralize, disseminate and make new connections serve as a metaphor to uncover hidden communication barrier.

The cases describe organizational activity in a way that allows a reappraisal of organizational concepts such as power, control, creativity, learning, resistance etc., and the use of rhizome as a metaphor produced a new and more nuanced view of these aspects.

In all of these cases, the rhizomatic understanding of an organization focuses on the tension between the ‘official’ organization structure (the hierarchy) and that movement that takes place along its supple lines (the network) that illustrate rhizomic deviance from the imposed ordering. The hierarchy is designed for further exploitation rather than exploration (March 1991), so that the former undermining the latter, and so that the latter undermining the former. Important sources of explorative activity in an organization are found in the deviant behaviour and ideas of new members. The network is likely to bring new ideas into the organization.

Deleuze and Guattari’s rhizome is a process ontology that conceptualizes the organization ‘reality’ in terms of a ‘becoming -realism’ rather than a static, reified ‘being - realism’ (Chia, 1999).  From a rhizomatic point of view, however, it is not the beginning and endpoints of a process that are of importance, but the movement (process) in the middle. The present is a temporary outcome of past virtual potentialities. In other words, the present for an organization is a result of constant assembly, disassembly and reassembly. That is, change can be based on a plan, but the outcomes of change can be quite different from what was paned and expected. Openness and psychologic safety regarding surprise and the unknown, and hence creativity and novelty are built into the core of the rhizomatic organizational change- and transformation perspective.

This paper sets out to explore: Do we have theories that can help us to understand the complex and intricate process regarding balancing conflicting demands?

Such understanding is important, but there are challenges (Brunson and Olsen, 1998, p. 22):

The challenge is to understand the diversity, complexity and dynamics of contemporary “organizational society”. We need better descriptions and analysis of the variety of ways in which individuals and organizations cooperate in more or less purposeful, unitary, and sustained way. We need better interpretations and explanations of the dynamic of organizational change.

There is a need for better description because the conceptions of organizations and organizing are changing, and as examples. It is a change from primary emphases on conceptions of coherent, rationalization and hierarchical order to ideas of diversity and complexity; and it is a change from emphases on organizations systems that are coordinated by structures of hierarchical authority in the service of unitary goals to ideas about complex coalitions and networks coordinated by rules that have evolved through ambiguous experiences. There is a need for better interpretations. That is, we need new ideas that can help us to understand and to interpret complex organizational phenomena.

Baer, M. (2010). The Strength-of-Weak-Ties Perspective on Creativity: A Comprehensive Examination and Extension. Journal of Applied Psychology, 95, 592-601.

Chia, R. (1999). A ‘rhizomic’ model of organizational change and transformation: Perspective from a metaphysics of change. British Journal of Management, 10, 209-227.

Edmondson, A. and Lei, Z. (2014). Psychological Safety: The History, Renaissance, and Future of an Interpersonal Construct. Annual Review of Organizational Psychology and Organizational Behavior, 1, 23–43.