Investor Endre Røsjø has established a scholarship amounting to one million NOK per year for students of Norwegian School of Economics who are accepted for the MBA programme at Harvard University.

Norwegian investor Endre Røsjø wants to provide financial assistance to help more students continue towards an MBA degree at Harvard Business School after completion of their studies at NHH. To do this, he is setting aside one million Norwegian kroner per year for the use of NHH students who are admitted to the prestigious university's programme.

It is Røsjø's wish that the scholarship will provide an opportunity for more NHH students to combine their education from Bergen with studies in Boston. Røsjø himself attended Harvard's MBA program in 1970 after completing his Bachelor of Commerce degree from NHH in 1968.

"NHH was a good start for me, and Harvard Business School gave me a giant boost into the working world. That is why I want to subsidize the same combination for new generations of Norwegians," Røsjø says. 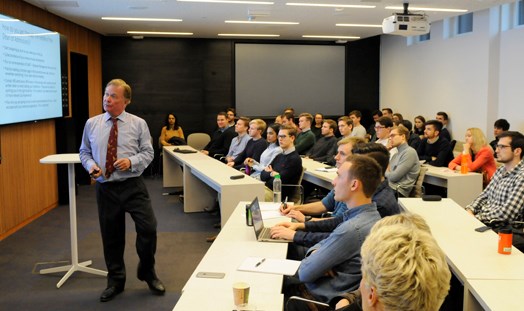 NHH Rector Frøystein Gjesdal is very pleased with the new scholarships offered by the school's alumnus to current young and promising students.

"It is always a pleasure to receive generous grants like this, and it is particularly uplifting when former economics majors who have been successful in life show gratitude to their alma mater. We take this as evidence that they look back fondly on the time they had here as students", Gjesdal says.

He thinks that the scholarship will also make NHH more attractive as an institution.

"The opportunity given to our candidates to be able to continue their education at one of the world's finest business schools is important for us at NHH. It will make our education programme even more attractive. Endre Røsjø's scholarship will provide NHH candidates with the financial resources to attend HBS. All they have to do is satisfy the strict admissions requirements," Gjesdal concludes.

The scholarship was introduced 26 October, when Røsjø came to Bergen to meet students and employees at NHH. After this date, students who have been admitted to HBS may apply for the scholarship.

Since he completed his education, Endre Røsjø has built up several large companies, including Tele 2 and radio channel P4. He has also served as shipping advisor to the Swedish Government and advisor for the Kurdish Transitional Government authorities in Iraq. Today he operates the investment banking company Pinemont Securities.

Røsjø encourages NHH students to consider attending Harvard. He thinks that part of the value of the MBA programme there lies in the school's approach to teaching.

"Harvard's strength is its case-discussion forum, where students from top universities in the USA and the rest of the world discuss issues together. Learning takes place through the discussions, including the fact that there is frequently never any one single truth. Others may have solutions that you yourself were not even close to being able to think of," Røsjø says.

He talks about meeting many different types of people.

"The whole idea is that people with different backgrounds come together and come up with different solutions. My student class included a Buddhist monk and a major in the cavalry.", Røsjø recalls.

"Another person who studied there in 1970 was Hank Paulson, who would later become Secretary of the Treasury in the USA and who led the country through the financial crisis in 2007.

"The two years at Harvard can build important relationships for the future. With a good MBA from Harvard, you can contact almost anyone at all, and they will give you a five-minute audience," Røsjø says.

Admission based not only on grades

"To get in, grades are not the only thing that counts - extracurricular activities are also assessed," Røsjø says.

"In my case, it was helpful that I had been the leader of the Young Norwegian Conservative association in Bergen. It was also useful to have worked as a consultant for my father's accounting firm, and as a salaried cavalry sergeant during summer holidays. It is also a plus to have a job alongside your studies. In addition, I would recommend that candidates practice building up their reading skills and apprehension. Work on being able to read pages quickly and then answer questions from the text," he advises.

However, the prestigious education at Harvard does not suit everyone, the alumnus warns. "You really have to be willing to work and to make an all-out effort.

We have set the objective of prioritizing applicants who are able and willing to achieve an MBA with distinction, meaning those who are among the to five per cent of their class," he says.

Endre Røsjø's scholarship will be disbursed by the Centennial AS firm, in which Røsjø is chairman of the board. Applications will be assessed by a panel consisting of two members appointed by NHH's rector and one by Centennial. The first representative from Centennial will be board member Camilla Røsjø, PhD.

The scholarship will more than cover the costs for one student, estimated to amount to about 800,000 NOK, of which about 500,000 is tuition. 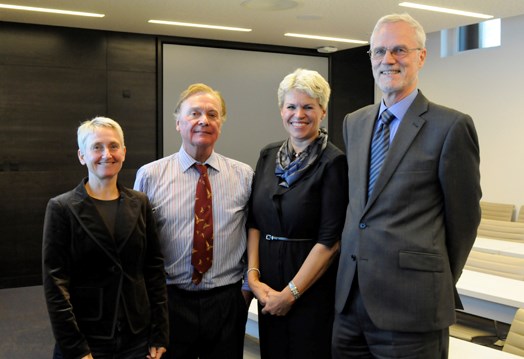