For many of us, it would probably be a good idea to tighten our belts. But do we have to? And what about those who can’t tighten their belts any further? So asks Victor Norman in the newspaper Dagens Næringsliv. 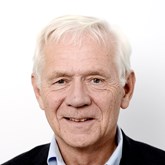 Professor emeritus at the Department of Economics, NHH.

Consumer economists and financial advisers all agree: Times are hard and they are not looking to improve any time soon, which means people have to get used to having less to spend and to live more frugally. We even have to learn how to be less generous, as we haven’t even cut down on our Christmas spending yet.

There wasn’t much optimism in the Prime Minister’s New Year’s speech this year, either. It was great that he reminded those who are struggling that they shouldn’t hesitate or be ashamed of reaching out to NAV for help. But: Is the state of the Norwegian economy really that bad, that ‘ordinary people’ have to ask NAV for help? And in such case, is there nothing we can do about it?

I’m a pessimist by nature, but I’m also driven by a desire to go against the grain. Let me therefore remind you of a few facts.

The first and most important thing to consider is what then Minister of Finance Erik Brofoss said in 1946: We live off each other’s work. As long as most of us work, as long as we do the right type of work, and as long as we continue to be at least as productive at work as we are today, there’s no reason to be concerned about the future of the Norwegian economy. If the rest of the world would just leave us alone, it’s entirely up to us whether the future will be bright.

Ok, but what about exports? We need exports to pay for goods we have to buy from other countries, and aren’t both exports and imports directly affected by what’s going on abroad?

On Thursday 12 January 2023 André Wattø Sjuve will hold a trial lecture on a prescribed topic and defend his thesis for the PhD degree at NHH.

Yes, that’s true, of course, but the transition to a service society has made us far less dependent on the rest of the world than we used to be.

Currently, only between ten and fifteen per cent of us work in export or import-competing industries; the rest work in retail, building and construction, domestic transport, hotel and restaurants, folk music and other types of entertainment – and in public services.

What really matters is how productive we are. Of course, it helps if we get more out of the full-time equivalents employed in industries exposed to competition, but the productivity of those of us who work in the less exposed part of the economy is at least seven times as important.

Don’t misunderstand me. Export industries naturally play an important role by providing us with the currency to cover our import bill, and they should have framework conditions that enable them to make the transition from an oil-based economy into something new. However, that’s not our most urgent concern when we have an oil fund that is large enough to cover our entire import bill for decades to come.

What is a matter of urgency, on the other hand, is to sort out our domestic economy. We’re talking interest rates and price rises, fiscal policy and wage developments, tax on salmon producers and property, and all the worries on the minds of my colleagues. At the deeper level, however, it’s also about something completely different.

The economist Olivier Blanchard recently pointed out that it will be difficult to take control of rapid price rises if we fail to coordinate the diverging interests of different groups of wage earners, commercial operators, commodity producers and others, who are all struggling to be compensated (and then some) for rising prices. As long as these interests are given free rein, we will need increasingly aggressive interest rate hikes to slow down inflation.

`Will limit the reporting of aggressive tax planning´

Last week the EU Court Justice made a striking decision. The court says that a 2018 directive intended to mandate the collection and exchange of information about cross-border tax arrangements, violates the lawyer-client confidentiality.

Many Norwegian economists will surely nod and say the penny’s finally dropped, as Blanchard’s ‘new discovery’ has been the principle behind the leading sector model Odd Aukrust and others formulated more than 50 years ago.

The problem we have is just that the Norwegian model has stopped working. When even industrial workers are receiving lower real wages in a year when Norway as a nation is raking in the cash on record-high energy prices, when shop-owners and garages are throwing in the towel because they can’t afford to pay their electricity bill, when more and more young people are dropping out of the labour market, when capitalists are fleeing to Switzerland, and when nurses and others who are not part of the leading sector negotiations are being forced to focus more on work rotas and working hours than wages, it’s time to say thank you and goodbye to Aukrust.

NHH is ranked as number 45 on the Financial Times’ overall ranking and has thus climbed ten places compared with last year's ranking.

There are so few of us in this country that we should be able to agree on a new and better model for wage and income formation. If we do, future prime ministers will not have to remind us that there’s no shame in asking for help from NAV.

This opinion piece was first published in Dagens Næringsliv 6 January 2023.