Opinion Piece By Jan I. Haaland, Professor at Norwegian School of Economics, Ian Wooton, Professor at the University of Strathclyde in Glasgow

The changes in the UK’s trading relationship with the EU are likely to have widespread effects, many of which are yet to be understood in full. This column (at voxeu.org) introduces the issue of compliance with rules of origin requirements within free trade agreements. The authors argue that complying with these rules can present firms with additional production costs that would not have been present had the UK remained a part of the EU. 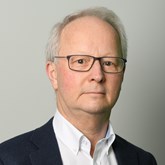 Jan I Haaland, Professor at the Department of Economics at NHH Norwegian School of Economics.

On 1 January 2021, the UK’s trading relationship with the EU changed as the UK exited the Customs Union and established a free trade agreement (FTA) with the continent. Much of the discussion of the relative merits of free trade areas and customs unions has focused on issues of sovereignty. The UK government argued that having an FTA with the EU would repatriate its trade policy and give it freedom to pursue separate trade deals with third countries.

Jagdish Bhagwati coined the term ‘spaghetti bowl’ for the mix of unilateral, bilateral, and multilateral trade deals in the world. Brexit can be viewed as a symptom of the ‘spaghetti bowl syndrome’ identified by Richard Baldwin (2006), where overlapping bilateral deals result in less freedom of trade than a single multilateral agreement.

Beyond issues of sovereignty, there are other significant implications of switching from a customs union to a free trade agreement. We focus on the role of ‘rules of origin’ in restricting market access for nations excluded from (or choosing to leave) a customs union. A free trade agreement’s rules of origin determine whether member countries’ manufactures have sufficient content produced within the free trade area for them to be considered as domestically produced (and therefore eligible to be freely traded). If products do not meet these (arbitrary) criteria, then they are subject to the external tariff of the importing country. Rules of origin form an important element of preferential trade policy. In a world of global value chains with significant trade flows in intermediate products, such rules can have a much more significant role than in a less integrated world.

Surprisingly, the issue of rules of origin received little attention in the British press during the negotiations between the UK and EU, despite the term ‘rules of origin’ appearing 87 times in the resulting trade agreement between the UK and the EU (UK Government 2020). One exception to this was the reported refusal on the part of the EU to accept the British proposal that components manufactured in third countries (such as Japan or Turkey) could be counted towards the rules of origin for the manufacture of electric cars ( Islam 2020a).

The UK’s Prime Minister, Boris Johnson, argued that the move from a customs union to a free trade agreement will involve “no non-tariff barriers” to trade in the new trade bill with the EU (Islam 2020b). This is patently wrong, as meeting the conditions for tariff-free exports to the EU will, at a minimum, involve more paperwork than was previously required. But beyond this new administrative burden, there can be additional costs to firms, either from adjusting to meet the rules or origin requirements or from facing a tariff on non-compliant exports.

In a new paper (Haaland and Wooton 2021), we investigate the impact of shifting from a customs union to a free trade agreement in a model of imperfect competition, where the critical mechanism is the introduction of rules of origin rather than any divergence in tariff rates. We argue that this may have significant economic importance to a country such as the UK, where Brexit could result in large, discrete changes in economic activity with strong regional implications (even if future free trade agreements happen to have the same external tariffs as those of the customs union).

Binding rules of origin will have an impact on the choice of production technique in manufacturing. If a firm uses insufficient inputs from within the free trade area, it faces a tariff. It then has the choice of adapting to the rules in order to get preferential market access or accept the tariff on its exports. In some circumstances it may simply be the case that compliance with the rules is not worth the enhanced market access. For a small tariff, the rules are best ignored. At higher tariff rates, the advantage of tax-free access to the partner’s market increases and the firm will accept the penalty of conforming to the rules of origin. There is a ‘threshold tariff’ at which point the firm will be indifferent between cheaper production being taxed and duty-free access for goods compliant with the system. Above the threshold, the firm’s profits are higher when it conforms to the rules of origin.

The welfare implications are illustrated in Figure 1, which plots the change in welfare of a country for its choice of agreement over a range of external tariffs adopted by the partner countries. The term ‘Wtariff’ is the welfare of a country when no tariff preferences are given by its partner. The threshold tariff coincides with the (dotted) vertical left line. Whenever rules of origin are binding, welfare from a free trade agreement (‘WRoO’)  is always less than welfare from a customs union (‘WCU’) with the same external tariffs.1

When the tariff exceeds the threshold, firms comply with the rules of origin and welfare initially drops from ‘Wtariff’ to ‘WRoO‘. This is because compliance with the rules has little or no impact on the firms’ profits or on consumer prices but tariff revenues are replaced by more expensive imports. The vertical lines show the range of tariff levels over which membership of a free trade agreement is worse for a country than trading under WTO rules. We label this phenomenon ‘induced trade diversion’, where the rules of origin induce the partner firms to adopt more expensive techniques in order to conform.

The more complex the trading environment, the higher the costs of compliance with the rules of origin. As a result, swapping membership of a large customs union, with its associated bilateral free trade agreements with other countries, for multiple free trade agreements makes compliance with rules of origin more difficult and expensive. Membership of a large customs union results in a big share of production being counted towards the rules, simply because production activity taking place in any of the member countries counts towards them. Firms will likely have to do little in terms of adjusting their input choice and production techniques to comply with the conditions of any of the free trade agreements that form the customs union within which a state is a member. A single country making (bilateral) agreements with the same set of countries will find it harder to meet the rules of origin threshold with its smaller internal market, even if all tariff rates stay the same.

Our results may understate the costs of moving from a customs union to a free trade agreement when we take into account the adjustments costs in production (which may have to be done separately for each agreement). Even if firms in the end adhere to the rules of origin requirements, they will still have to document that this is actually the case. In a world with complex global value chains, providing such evidence is not an easy task. With overlapping free trade agreements, this job will have to be done separately for each deal, even if they happen to have similar rules (as different intermediates will count as internally sourced in the various cases). In reality, rules of origins differ significantly between different free trade agreements and within a free trade agreement for various industries. They also tend to be very detailed and complicated, adding to the firms’ costs of adhering to the rules. Finally, accounting for the fact that ‘most favoured nation’ tariffs on intermediate and final goods vary significantly between products and countries makes the picture even more complex. Judging from the first few months of experience with Brexit, the consequences of such additional costs are significant.

Does this matter for Brexit, where the average tariff imposed by the EU on non-agricultural products is a relatively low 5.3%? The tariff on car imports is, however, 10%. This is what UK manufacturers would face if they do not meet the rules of origin. Following the UK Government’s failure to persuade the EU to adjust the rules for cars, Nissan UK announced it would begin local manufacture of electric batteries such that local content would be above the threshold. Of course, some may claim that this is a ‘win’ for Brexit (in that more production takes place in the UK than before). But the fact that they did not do this prior to Brexit reveals that it puts the firm at a cost disadvantage, with a potential loss of competitiveness and market share. On closer inspection, it simply reflects a shift away from a liberal trade environment towards a more insular economy with the concomitant loss of the gains from trade.