EU growth the lowest in five years. We should be concerned

EU growth the lowest in five years. We should be concerned

The economic trend in Europe must be reversed. EU countries must introduce reforms that yield a high return in the long term. The politicians, however, are too focused on short-term solutions. 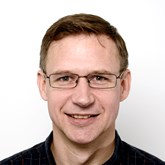 Professor in Macroeconomics at the Department of Economics.

This development is of great concern. If the countries fail to introduce measures that lead to increased work participation and productivity, there may be economic, social and political consequences.

Norway fares better, but if the EU continues to fall into a downward spiral, it could have an impact on us. Access to markets outside of Europe and a capacity to withstand economic shocks, therefore becomes even more important.

I believe the EU countries must address the following four areas:

There are major differences in the countries’ ability to employ people who are capable of working, as shown in Table 1. Countries such as Iceland, Switzerland, Germany and Sweden have a high number of people in employment, while in countries such as Italy and Spain, only around 60 per cent of the potential work force is employed.

This is far below the average for OECD countries, which is 68.3 per cent.

Norway and the EU countries must get more people in employment. They can achieve this by changing the welfare and tax system, in order to motivate people to participate in the work force, as opposed to supporting inactivity.

Economic growth requires that productivity is kept high. Since the global financial crisis in 2008, productivity during working hours has stagnated in many European countries.

Person-hour productivity measures the productivity in the economy, including the capacity and efficiency of the workforce, but also factors such as capital, technology and framework for the economy.

In Italy, productivity stopped already in 2000. As a consequence, many have experienced a decline, both socially and financially, and the popularity of protest parties that will not solve Italy’s deeply structural problems has increased.

The productivity in Norway has had a positive development. It could be a challenge to maintain this, especially if we want to include more people with a weaker connection to the labour market. Increased priority and the quality of education can partially compensate for this, but it will require more resources.

The shift the Norwegian economy faces – from a resource economy to a knowledge economy – will also create challenges in the future. The public sector is already relatively big in Scandinavia, and this will require tough priorities going forward.

Technological progress is the most important factor for economic growth in the long term. New technologies are normally developed by leading businesses in the private or public sector, through research and development (R&D).

Germany and Sweden are investing well above the average of the OECD countries. Norway spends a relatively low proportion of the GDP on R&D, but Italy is among the worst countries in this area – only one per cent of the country’s GDP is used on R&D.

Norway now spends two per cent, after a gradual increase over the past years.

Norway can achieve economic growth by using new technology, but it requires knowledgeable employees and that we maintain access to the world markets through global cooperation and trade.

A low interest rate stimulates future economic growth, because it gives lower costs for investments. The interest rate also reflects the expectations for lower future inflation, and structural factors such as the ageing of the population and a lower growth.

Long-term interest rates have had a downward tendency the past 30 years, and today, the interest rate is at a historically low level in many OECD countries, as shown by Figure 2.

Italy is an exception. The country has a high national debt and periodically much political and economic instability, and is penalised by the financial markets in the form of higher risk mark-ups. The Italian banking sector has yet to recover. This will create problems when the European Central Bank stops quantitative easing.

Europe has several difficult challenges to tackle over the years to come. A strong cooperation between countries can solve some of the issues. The voters, however, want easy and short-term solutions.

It will take time before a new renaissance comes to Europe.

This op-ed was published in Dagens Næringsliv November 12, 2018.