Jarle Møen: Small firms are, in many cases, taxed more favourably than houses. Will even more favourable taxes on "working capital" really lead to more jobs? 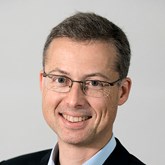 There has been several comments on the recent report by Knut Røed, Simen Markussen and Marie Bjørneby (Frisch Centre and Norwegian University of Life Sciences (NMBU)), concerning whether wealth tax leads to less jobs, as claimed by opponents of the tax. The conclusion in the report was, in fact, the opposite one: In small and medium sized firms the wealth tax actually seems to increase the number of jobs. This result has lead to a lot of confusion.

It is well worth it to discuss challenges related to methods and the size of the effects that the researchers behind the report have found, but so far no research has shown that a moderate and neutrally formulated wealth tax has a more negative effect on economic growth than other taxes.

On the other hand, there is a lot of research showing that investors are influenced by tax difference on different kinds of investments. The Frisch Centre report follows this pattern, Jarle Møen writes.

His chronicle Flere jobber med formuesskattekutt? (in Norwegian) was published in Dagens Næringsliv on 19 October, 2020.