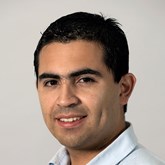 Annals of Operations Research is on level 3 in the ABS Academic Journal Guide.

The top two divisions of the Argentinean professional basketball system have since 2014–2015 used a season schedule format similar to that used by the NBA in which games are played all through the week, replacing the previous setup where all games were scheduled on weekends. This change has confronted the Argentinean league organizers with new scheduling challenges, one of which is the assignment of referees to games.

The present article addresses this assignment problem using a tool based on an integer linear programming model. The objective is to minimize the total cost of trips made by the referees while also satisfying a series of other conditions. The problem is broken down into a series of relatively small subproblems representing successive periods of the season, and the solution is obtained using a rolling horizon heuristic.

The approach was tested by applying it to the First Division’s 2015–2016 season, the last one before introducing the approach presented in this article, when referees were still assigned using manual methods. The travel costs simulated by the model were 26% lower than the total travel costs actually incurred under the manual assignments, and all of the restrictions that had been requested by league officials were satisfied. The model was used by the First Division for the 2016–2017 and 2017–2018 seasons and in 2017–2018 also by the Second Division.