Investor Dispute Settlement and Multinational Firm Behavior by Guttorm Schjelderup and Frank Stähler has been published in the Review of International Economics. 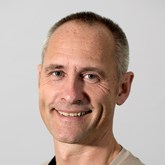 Foreign investors who undertake foreign direct investments (FDI) in a sovereign host country may suffer from a holdup problem. The reason is that a host country can use its sovereignty to appropriate part or all of the investment from the foreign investor. An investor‐state dispute settlement (ISDS) is intended to protect foreign investors against such opportunistic behavior and thus prevent the holdup problem. This behavior is often linked to weak institutions and unstable democratic processes in a country. However, ISDS provisions are to an increasing extent being considered for countries with both a stable political environment and strong institutional quality. Norway has signed ISDS agreements. Norway is among the western countries that have signed ISDS agreements.

Conflicts between multinational firms and host governments about the legality of policy changes have increased in recent years, and the cumulative number of known ISDS cases have risen from 51 in 2000 to 1,023 cases in 2020 based on UNCTAD data. One example is Philip Morris International’s (PIM) attempt to sue the Australian government for billions of dollars over the introduction of plain packaging of cigarettes. After losing an initial battle in Australian courts, PIM initiated an ISDS claim in 2011 to reverse Australia’s plain packaging laws, which ban all branding of cigarette packets. In 2015, a three‐member arbitrate tribunal at the Permanent Court of Arbitration ruled that PIM had no jurisdiction to bring the case against Australia.

This paper provides a formal economic framework for analyzing why multinational firms lobby for an ISDS provision in western countries that are well‐functioning. We show that an ISDS agreement under monopoly increases a multinational firm’s cost‐reducing investments in a host country, leading to overinvestment. An ISDS also leads to higher expected profits due to the value of expected compensations if the government enact policies that may trigger compensation. The analysis shows that an ISDS under imperfect competition (monopoly) may have a detrimental effect on the host country’s welfare if the multinational firm sells a large part of its host country production abroad. This is in particular the case for export platform FDI where most of the affiliate’s output is sold in other countries than the host country. The analysis also shows that ISDS agreements may even lead to global welfare may decline.