Cross-border tax evasion after the common reporting standard: Game over?

Cross-border tax evasion after the common reporting standard: Game over?

Cross-border tax evasion after the common reporting standard: Game over? by Elisa Casi, Christoph Spengel and Barbara Stage has been published in the Journal of Public Economics. 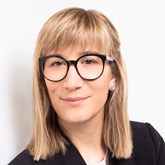 Financial flows move across countries easily and at high speed providing individuals the chance to transfer their wealth and income in jurisdictions offering very attractive tax systems together with a sound level of bank secrecy, i.e. the so-called tax havens. In this regards, the Automatic Exchange of Information (AEOI) has been endorsed as the prevailing universal solution to fight illicit financial flows and a global standard for the AEOI, i.e. the Common Reporting Standard (CRS), has been developed by the OECD to address the issue. Currently, more than 4,000 bilateral exchange relationships are activated under the CRS and information on foreign financial accounts are automatically collected and transmitted across more than 100 countries.

This study empirically analyzes the short-term impact of the introduction of the CRS on cross-border tax evasion using newly provided data from the Bank for International Settlement. First, the authors detect a short-term decrease of approximately $45 billion for cross-borders deposits held in tax havens. Next, they show that cross-border tax evasion is not put to an end, rather the United States, which the only major economy not committed to the CRS, emerges as attractive location for cross-border deposits. Specifically, a short-term increase of approximately $ 55 billion in cross-border deposits held in the United States is detected post-CRS.