NHH research featured in The Economist

NHH research featured in The Economist

Research by NHH researchers Evelina Gavrilova and Floris Zoutman on the impact of the passage of medical marijuana laws in American states bordering Mexico, is featured in a recent article in The Economist. 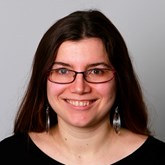 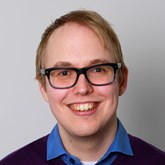 In the Drug War Policies article entitled Jeff Sessions orders tougher drug crime charges, The Economist writes that "The Trump administration argues that the legalisation of drugs and lax enforcement leads to violent crime. But the evidence on marijuana points in the opposite direction: thanks to medical marijuana laws that have legalised the drug, fewer people are getting killed in the drug trade."

The Economist refers to the Economic Journal paper Is Legal Pot Crippling Mexican Drug Trafficking Organizations? The Effect of Medical Marijuana Laws on US Crime by Evelina Gavrilova, Takuma Kamada and Floris Zoutman.

The paper examines the impact of the passage of medical marijuana laws in American states bordering Mexico. The authors find that legalisation reduces the level of homicides by 11% and robberies by 26% - and that the drop in the murder rate is linked to a decline in drug-law and juvenile-gang related homicides of over one third. The effect is particularly large in counties along the Mexican border.

Gavrilova, Kamada and Zoutman also find that the price of cocaine rises while cocaine seizures drop. They suggest drugs cartels are losing out to legal competition in the marijuana market and are trying to make up for lost profits through raising prices on other product lines - depressing demand as a result.

Read the article in The Economist