Consumers’ decision-making is very different now as compared to how it was only a decade ago. Not only has the smartphone, new technologies, the climate crisis and recently, COVID-19, dramatically changed our shopping habits, but we also make decisions in a different way than before. 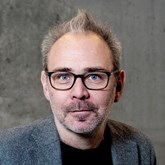 For instance, we make a lot more decisions while walking and in motion; online and on different apps on our smartphones, while talking on the phone or while multitasking. How does this affect the quality and thoughtfulness of our decisions, how patient we are and how easily we are persuaded? In a recent study, we asked the simple question: As people are increasingly moving when exposed to information and advertising, are moving consumers more influenced by advertising? Building on grounded cognition (the body influences the brain) the research findings show that movement (e.g. walking up stairs or cardio exercise in a gym) has positive effects on the attitudes and intentions towards an ad and the brand, and that these effects are caused by an increased state of physical arousal. People are simply more easily persuaded when they are on the move. They are also more inclined to act based on the information they receive. Fascinating, or what?

Grounded cognition builds on the notion that human thought cannot be understood without assuming that thoughts, feelings, and behaviors are grounded in sensory experiences and bodily states. It has generated a quickly growing body of literature in recent years, which shows how bodily motor responses impact cognition and affect. For example, studies have found that holding a pen between one’s lips as opposed to between one’s teeth makes people less prone to enjoy a funny cartoon, since it inhibits their smiles, Botox injections lead to impaired affective experience, since facial muscle response is impaired, orienting a product towards a person’s dominant hand in advertising facilitates the mental simulation of interacting with the object, thus having positive effects on purchase intentions, and eating popcorn in the cinema reduces the effectiveness of advertising, since it prevents moviegoers from subvocalizing brand names.  Given that we in our recent study systematically find that people on the move are more easily persuaded by advertising, this begs the question how movement also influences other aspects of consumers decisions and –behavior.

You can find the paper here and a news story (in Norwegian) here.