Linguistic diversity is key to saving the planet

Linguistic diversity is key to saving the planet

If knowledge is power, why haven’t we already saved our planet? Read Margrete Dyvik Cardona´s opinion piece in Sustainability Times. 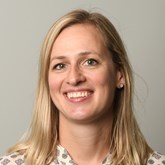 If knowledge is power, why haven’t we already saved our planet? We know how to slow down global warming, and we understand that monocultures destroy biological diversity, yet temperatures continue to rise, and our soil is covered with soy and wheat and eucalyptus, lined up like soldiers as far as the eye can see. It seems that objective knowledge about sustainability doesn’t lead to action.

For a linguist, one truth is inescapable: we cannot solve challenges that affect all of humanity if we talk about them in only one language. Yet our global conversation seems to depend on a monoculture of its own: English. We speak English at negotiation tables and summits all over the world, where the future of our shared habitat is decided, and where voices with intimate knowledge of their local ecosystems are never heard.

This is a sustainability crisis because multilingualism is a prerequisite for biological diversity. Maybe our failure to realize this stems from the fact that language is such an integral part of our behavior that we ignore its unique effect on our human footprint.

Companies can talk themselves into becoming more sustainable

We should not systematically cry "greenwashing" when companies speak about sustainability.

Yet examples of the relationship between language and biology are all around us. Like the case of the international group of marine biologists from Indifly who traveled to the Pacific island of Anaa Atoll to help conserve the crucially important but overly exploited bonefish. Their efforts to gather the input of the locals, share findings and ultimately save the bonefish, was successful because of their ability to communicate with the people of the island, who did not speak English.

And even bilingual individuals have been shown to favor ideas presented to them in their native language. Hence, our global potential for successful collaboration around necessary policy and structural change may well depend on our ability to communicate with people in their own language.

Diversity in one area without diversity in another is no diversity at all. It is neither irrelevant nor coincidental, then, that languages go extinct in synchrony with biological species. Since the colonization of Australia in 1788, 190 aboriginal languages and 100 endemic species have gone extinct. Latin-America, which was home to over 2000 languages before the colonization in 1492, has seen over 72% of them disappear, along with 89%of mammals, reptiles and fish.

This shouldn’t be surprising, as languages contain knowledge about the natural world, knowledge which is lost when the language is lost. In one Sami language of Northern Scandinavia, “the month of the reindeer calf” is one of eight different seasons, whose names are born from the migration and life of the reindeer. This language has dozens of words for “salmon”, isolating information like size or whether the fish has wintered in the river. If our languages organized the world in this way, wouldn’t we be more attuned to the fragile balance of our eco-system?

On Friday 8 April 2022, Jose Luis Rojas Diaz will hold a trial lecture on a prescribed topic and defend his thesis for the PhD degree at NHH.

And what if we, like the Ngäbe tribe of Central America, used a single expression to count sprouts, saplings, and children of first-time mothers, or if we, like the Boruca tribe, had only one word for time, space, sun and day? Wouldn’t we be more likely to appreciate the interconnectedness of all things? It is no surprise that greater biological diversity is found in areas where ancestral languages have been conserved.

Languages are living or dead, they are daughters and mothers, related in sound, and evolving, like trees, through time. They are part of our biological selves. The sounds of our languages form strings that are words, like nucleotide bases of DNA form strings that are genes. Biologists and politicians alike understand the power it holds, to broaden our perspectives of life’s past, or conversely, to oppress and exclude.

Our history has seen linguistic imperialism on all continents. From the ban on indigenous languages in Australia and Norway, to the linguistic homogenization of Spanish in Latin-America and Mandarin in China, unwanted languages are uprooted, like weed, from our gardens, because we’ve lost sight of how they protect the life of those we want to cultivate.

And we’re not learning from history. Today, children in the occupied areas of Ukraine are forced to learn Russian, the occupying force demanding that schools hand over all books in and about the Ukrainian language. And the “English only”-movement in the United States is only gaining force.

Women who wish to travel are forced to share irrelevant and intimate details about their private lives.

There is a lack of cultural awareness and gender equality in the travel industry.

In a world where linguistic diversity and foreign language knowledge is more important than ever, universities across America and Europe are shutting down their foreign language programs, making the uphill battle of tackling our sustainability crisis even steeper, and moving the arms of the doomsday clock ever closer to midnight.

But there is hope. There is hope when we trust in the ability of students across all disciplines to learn foreign languages, so that they may exchange knowledge and life-saving perspectives with people from all corners of the world. Like the marine biologists of Anaa Atoll, our children can learn that we cannot help our planet survive unless and until we include the full range of human voices.