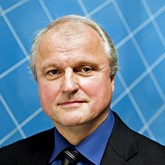 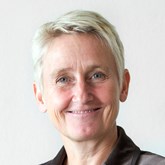 As a social-policy instrument, forced board-gender balancing is in principle unrelated to firms’ economic performance. Nonetheless, imposing such a policy may have unintended consequences (positive or negative) for firm value, which is important for all of a firm’s constituencies – not only shareholders – to understand properly.

In other words, the potential valuation effect of forced director-gender balancing is an empirical question. Our research addresses this important issue using the powerful setting provided by Norway’s pioneering quota law from 2003. This law, which regulated all Norwegian public liability companies (“Allmennaksjeselskaper” or ASA, which can raise equity capital from the public), requires at least 40 percent  of directors to be male or female. The law took effect in December 2005 and gave companies two years to comply – or face forced liquidation. Not surprisingly, by early 2008, all ASA firms had complied.

Norway’s quota law has since inspired several other European countries to adopt their own board gender quotas, some with a slightly lower female representation and none with Norway’s high penalty for noncompliance. By being first and relatively unanticipated, and because it applies to a significant portion of Norway’s economy in terms of aggregate firm value, understanding the valuation effects of Norway’s quota law is of particular interest.

Moreover, Norway’s experience with its quota law is relevant to recent events in the U.S. These include California’s Senate Bill 2018 (signed into law in September 2018 and recently blocked by the Superior Court of Calfornia in Los Angeles) and the new Nasdaq Stock Market listing standards requiring firms to disclose diversity information about their boards (gender, race, and LGTBQ+).

We are reporting on our examination of the valuation effects of Norway’s quota law in two papers, both of which conclude that quota-induced changes in market valuations and operating performance were both economically and statistically negligible. The first paper focuses on the stock-market market reaction to the first major public announcement that the government intended to implement a quota law, and it cannot reject the hypothesis of a zero market reaction. Tracking the risk-adjusted stock returns to a portfolio of firms with all-male boards before 2008 does not change this conclusion.

In reaching the conclusion, we also replicate and econometrically correct a controversial finding of a widely cited study, published in the Quarterly Journal of Economics in 2012, where the authors claim to find a significantly negative market reaction to the same news announcement. We show that this claim is driven entirely by an erroneous calculation of the level of statistical significance.

While our study of stock returns provides the most direct test of the true valuation effect of the quota constraint, we also examine whether there is evidence of quota-induced changes in firms’ cash flows. That is, if the quota were to reduce board effectiveness significantly, we would expect firms to experience a post-compliance decline in operating profitability. To double-check for this possibility, we test for the difference in the change in the ratio of earnings before interest and taxes (EBIT) to total assets from pre- to post-quota between firms regulated and not regulated by the quota law, covering the period 2001-2013. Other than in the financial-crisis year of 2008, there is no statistically significant negative difference in EBIT (on the contrary, regulated firms outperformed the unregulated firms in 2013).

In our second paper, we extend this research in two directions. The first is to examine whether the quota law materially affected common measures of board effectiveness. This examination is of interest because any valuation effect of a board quota must be predicated on the assumption that board effectiveness affects firm value. We first examine whether the quota constraint led to fewer directors with experience as chief executive officers (CEOs) or a concentration of board seats among a small group of so-called “busy” female directors, ones who sit on multiple boards.

Director CEO experience is generally viewed as central to board effectiveness and therefore valuable to investors. Norway is typical in that there are relatively few women with CEO experience at large firms. However, whereas this scarcity of CEO experience may raise concerns that the forced appointment of women reduced boards’ qualifications, the more important question is whether the quota lowers the board’s overall large-firm CEO experience.

Using comprehensive data from Norway’s national corporate registry (`Brønnøysund Register Centre‘), we show that shareholders changed boards without lowering the boards’ overall large-firm CEO experience when complying with the quota law. This evidence complements studies showing that the female directors appointed post-quota – while slightly younger than the male directors – were observably more qualified than their predecessors along several dimensions (including labor market income) and that the gender earnings gap within boards fell substantially.

All of this evidence strongly supports our main conclusion of a neutral valuation effect of Norway’s quota law due to the availability of a large number of qualified female directors. This fact was evidently also known by the regulated firms themselves, as we also show that the quota did not cause firms to change their legal form of incorporation from ASA to AS, where the latter form is exempt from the quota constraint. Doing so would have been relatively simple.

This post was first published in Columbia Law School’s Blue Sky Blog June 13 2022, professors B. Espen Eckbo at Dartmouth College’s Tuck School of Business, Knut Nygaard at Oslo Metropolitan University’s Oslo Business School, and Karin S. Thorburn at the Norwegian School of Economics. It is based on their recent papers, “Valuation Effects of Norway’s Board Gender-Quota Law Revisited,” available here, and “Does Mandatory Board Gender-Balancing Reduce Firm Value?” available here.