Without a fathers’ quota, it is unlikely that Norwegian men would have taken paternity leave.

Without a fathers’ quota, it is unlikely that Norwegian men would have taken paternity leave.

There could be a conflict between focussing on politically correct terms and promoting gender equality, PhD Candidate Agnes Bamford writes in Forskersonen. 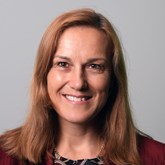 Agnes Bamford, PhD Candidate at the Department of Professional and Intercultural Communication, NHH.

Although it may seem to be in the interest of gender equality that words describing professional titles are gender neutral, I take the opposite view; that it is possible to promote equality by introducing gender specific words.

Research from other European countries shows that new fathers rarely take up leave when there is no earmarked fathers’ quota. The gender pay gap is also larger between men and women in countries outside the Nordics.

The fathers’ quota, which was introduced as a term in 1991, is taken by 90% of Norwegian men. However, only a minority of men share the neutral parental leave with the mother, even though they could do so.