The media market and the battle for increasingly rare exclusive eyeballs

The media market and the battle for increasingly rare exclusive eyeballs 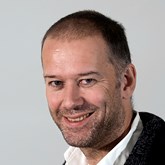 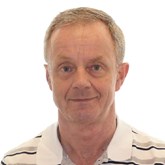 The battle for ‘exclusive eyeballs’ among media platforms explains the sharp decrease in advertising revenues for mainstream media over the last 10 years. Remarkably, the battle also generates more media diversity, since it becomes more profitable for media platforms to differentiate themselves to reach new audiences. This may result in greater polarisation and less duplication of content for the mass market. However, media diversity may at the same time lead to media echo chambers, since media platforms may try to create an exclusive audience not reached elsewhere.

One of the most famous scenes from the fabulous British TV comedy “Yes, Prime Minister” nicely illustrates how polarised the newspaper business used to be in many countries (the episode “A Conflict of Interest” from 1987). It starts out with Sir Humphrey (put the accent on that): “The only way to understand the press is to remember that they pander to their readers’ prejudices,”

This polarisation is in sharp contrast to what we typically have seen for radio and TV channels. Commercial firms that rely on advertising revenue have had strong incentives to focus on the mass market. By doing this they can reach a big audience and sell a large number of eyeballs to the advertisers. If most media firms choose profiles to maximise their reach, media diversity might be lost. As Bruce Springsteen described it: Fifty-seven channels and nothin’ on.

TV channels have stacked reality series on top of each other in their fight for broad appeal. The hunger for the mass market also led local newspapers to choose profiles that scared no one but were efficient in attracting large readerships. Indeed, it became so important to be big in the ad market that the winner often took it all; we ended up with local newspaper monopolies that had something close to monopoly in the ad market.

Over the last decade or so, this monopoly power over advertisers has eroded. Not least due to programmatic advertising, the same local eyeballs can be reached through Facebook, Google and even foreign newspapers. Consequently, small local newspapers in Bergen or Virginia compete for local advertisers with Google, Facebook and the New York Times.

This increased competition for advertisers can explain the sharp decrease in advertising revenues for mainstream media over the last 10 years. Exclusive eyeballs could be sold to advertisers for a higher price than eyeballs that are reached by several channels, but exclusive eyeballs have become much rarer than they used to be. One reason for this is that digital media platforms know the geographical location of the consumers who visit their websites. An advertiser can thus book an ad in any online newspaper (or social media such as Facebook) and request that the ad be shown only to customers in, say, Norway.

Suddenly the whole world can compete to sell ads that were previously effectively reserved for a local Norwegian newspaper. When the product – in this case, readers’ attention – has gone from being unique to becoming something that many can offer, pricing must change accordingly.

This gives rise to incremental pricing: the local newspaper cannot charge the advertiser more than it is willing to pay to reach a consumer in that newspaper over and above Facebook. The decrease in ad revenues for traditional newspapers may therefore be explained by the huge proliferation of alternatives for advertisers. Lower media consumption is not the reason. In the UK, for instance, total media consumption rose from 9 hours per day in 2010 to more than 11 hours in 2014 (Source: Ofcom).

The battle for exclusive eyeballs also affects media content and media diversity. Apparently, advertising-financed media firms have focused on the mass market because they have wanted to reach a large number of eyeballs. This may change. The reason is that media channels want to chase exclusive eyeballs by focusing on reaching specific groups not reached elsewhere. Media need to offer something unique and different. Media may now want to specialise content instead of aiming for the mass market. They do so by reaching the audiences that their competitors do not reach.

Put differently, media may attempt to be in the previous position of British newspapers in order to offer exclusive eyeballs to advertisers. This may result in greater polarisation and less duplication of content for the mass-market. Media may want to facilitate echo chambers, not to prevent their audience to achieve a second opinion, but to have exclusive eyeballs to offer advertisers. Jim Hacker’s media picture might become the norm also in segments that were previously served by media firms focusing on the mass market. It could even turn out to make economic sense to choose profiles like Morning Star and Breitbart.