Rent it, don’t regret it!

Rent it, don’t regret it!

In the age of the sharing economy, consumers are increasingly being offered access instead of ownership. 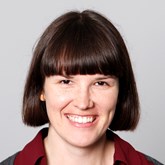 Internet-mediated technology has lowered the costs of making products available for rental or borrowing, and this is one reason for why businesses associated with the sharing economy have flourished in recent years.

Airbnb, Über and Rent-the-Runway, in which you get access to a room, a ride, and an infinite wardrobe, are all examples of businesses relying on providing consumers with temporary access to a resource.

Fjong is a Norwegian start-up providing short-term access to fashionable clothes, mainly for special events such as weddings. By paying approximately 20 % of the clothing piece´s retail value, consumers get access to it for one week. Since launching in 2016, Fjong has acquired more than 7000 registered users.

But why do consumers pay such a high fee to use an asset they cannot keep?

In a study conducted as a part of a Master´s thesis in collaboration with the Center for Service Innovation, we conducted ten in-depth interviews with users of the access-based service for clothing, Fjong, to better understand why consumers want access to clothes and how this might interact with and shape their overall consumption patterns.

Previous research on access-based consumption has found economic benefits and convenience to be main drivers explaining the use of access-based services, meaning that the access-based service can provide a cheaper and easier way of consuming compared to ownership. This is connected to what Schaefers, Lawson & Kukar-Kinney (2016) describes as burdens of ownership.

For instance, through accessing a car, the consumer is free from maintaining the car, paying annual fees, providing permanent parking and so on. In our study, cost savings and the convenient flexibility of the service also emerged as important drivers of consumer adoption of clothing rental. The respondents also elaborate upon how access allows them to experiment with different styles due to the absence of traditional purchasing evaluations. When they don´t have to consider subsequent use of the dress, they feel free to be bold.

This provides them with amusement. In addition to these well-known factors, we also identified a less discussed burden of ownership that was driving consumers towards access, namely consumption guilt. Respondents explain how they feel guilty for purchasing (expensive) clothes they only use once, and how this guilt is manifested by their collection of rarely worn clothes.

In addition to these well-known factors, we also identified a less discussed burden of ownership that was driving consumers towards access, namely consumption guilt

As one respondent expressed "It hangs there, like a bad conscience in the closet."

Some respondents related their guilt to the environmental consequences of their consumption, while others felt guilty for spending too much money on clothes.

Nevertheless, the presence of guilt made respondents value the access-based service as an alternative to ownership. In the context of special event clothing, consumers experience a strong norm of variation, and through renting instead of owning, the consumers in our study reported that they were able to fulfill their needs for variation, and at the same time experiencing relief from the concern for overconsuming.

This article was first published at CSI Centre for Service Innovation.