Top publication by Kvaløy and Olsen

Top publication by Kvaløy and Olsen

The article "Relational Contracts, Multiple Agents, and Correlated Outputs" has been published in Management Science. 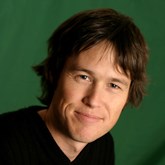 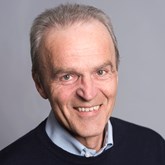 Management Science is included on the NHH Bonus list and on the Financial Times Research Rank List, and it is also on level 4* in the ABS Academic Journal Guide.

We analyze relational contracts between a principal and a set of risk-neutral agents whose outputs are correlated. When only the agents’ aggregate output can be observed, a team incentive scheme is shown to be optimal, where each agent is paid a bonus for aggregate output above a threshold.

We show that the efficiency of the team incentive scheme depends on the way in which the team members’ outputs are correlated. The reason is that correlation affects the variance of total output and thus, the precision of the team’s performance measure. Negatively correlated contributions reduce the variance of total output, and this improves incentives for each team member in the setting that we consider.

This also has implications for optimal team size. If the team members’ outputs are negatively correlated, more agents in the team can improve efficiency. We then consider the case where individual outputs are observable. A tournament scheme with a threshold is then optimal, where the threshold depends on an agent’s relative performance. We show that correlation affects both the efficiency and design of the optimal tournament scheme.