NHH and shipping comments on “Ever Given” in Egyptian news

NHH and shipping comments on “Ever Given” in Egyptian news

`Because of the relatively quick solution, the incident is not likely to have a long-term effect on the shipping industry´, says NHH Professor Roar Ådland to Al-Ahram Weekly. 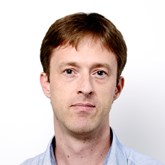 Maritime traffic is moving again in Egypt's Suez Canal after a stranded container ship, that had blocked one of the world's most important waterways for nearly a week, was freed. The 220,000-tonne Ever Given ship, which had been jammed diagonally across a southern section of the Suez Canal, was successfully refloated by salvage experts on Monday March 29.

More than 400 vessels were left waiting at either end of the canal due to the blockage.

`This incident further reduces the availability of containers and vessel capacity, either because ships are delayed while waiting outside the canal or because they are rerouted around the COGH, thus lengthening the voyage by at least one week´,  Ådland told the media. He said this had exacerbated the tight market situation during the blockage and would do for some weeks thereafter.

Findings from the official investigation is expected to be made public early next week. The results could have major legal repercussions, as various parties seek to recoup the costs of the delay, the repairs to the ship and the canal, as well as the salvage operation.

While shipping companies may not reroute their vessels in the wake of the incident, Ådland said to Al-Ahram weekly, the container-shipping companies might think twice about further increases in vessel sizes. Ådland does not believe these large vessels will reroute either, unless the SCA puts limitations on their passage such as restrictions on sailing speeds, the need for tugs, or any increases in transit fees, which he believes to be unlikely.

To avoid a recurrence of such incidents, Ådland suggests putting stricter operational limits in place, such as reducing allowable speeds or vessel sizes during bad weather. However, the Suez Canal Authority (SCA) official view suggests that neither winds or vessel size caused the incident.

In an interview with the privately-owned Sada el-Balad TV on Wednesday last week, SCA chairman Osama Rabie denied that strong winds could be the reason for the incident, and that he believed technical or human errors may have been to blame. He also denied size was a factor, saying “larger ships” had used the waterway.

The interview appeared in Al-Ahram Weekly on Tuesday 30 March 2021.