The paper titled "Bank Consolidation, Interest Rates, and Risk: A Post-Merger Analysis Based on Loan-Level Data from the Corporate Sector" by Steffen Juranek, Øivind Anti Nilsen and Simen A. Ulsaker will be forthcoming in Journal of Competition and Law. 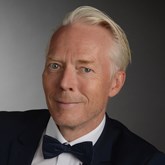 In this paper we analyse the bank merger between DnB and Gjensidige Bank in 2003, ranked by market share as number one and number three in the Norwegian bank market. Focusing on loans to firms, our difference-in-differences analysis shows no increase of concentration of new loans. The concentration in affected markets (markets where both merging parties were present) developed similarly to unaffected markets. Moreover, the interest rate tended to be lower in the affected markets relative to unaffected markets, but this relationship is weak and not statistically significant. The merger also affected the riskiness of loans only marginally. These weak effects could be the result of efficiency gains in the form of lower costs being pass-through to customers, and the increased market power (and consequently higher interest rates) cancelled each other out. The remedial measures imposed by the Norwegian Competition Authority on the two merging parties are also likely to explain some of the modest effects of the merger. The weak effects are largely coincident with international literature showing the effects of mergers and acquisitions in the banking sector to be modest.