Virtual reality through the customer journey: Framework and propositions

Virtual reality through the customer journey: Framework and propositions

While virtual reality’s importance is increasingly recognized in marketing, its role in the customer journey remains nebulous. We define virtual reality through the customer journey (VRCJ) as firms’ use of computer- mediated interactive environments capable of offering sensory feedback to engage consumers, strengthen consumer/brand relationships, and drive desired consumer behaviors at any stage of their journey. To better understand VRCJ, we classify VR archetypes, formats, and content features, followed by the development of a conceptual framework and an associated set of propositions of VRCJ. We conclude by discussing important theoretical and practical implications that arise from our analyses.

Leading companies, including Coca-Cola, McDonald’s, IKEA, and many others are increasingly adopting virtual reality (VR) to further consumer relationships. With VR being heralded as the fastest-growing form of video traffic, it offers significant opportunity to marketers (Goh and Ping, 2014), as substantiated by Goldman Sachs’ forecast $80b of VR-related revenue by 2025 (Ericsson, 2017). Correspondingly, Statista data indicates that 70% of consumers aged 19–49 are very or quite interested in VR (Weinswig, 2016).

If you want to obtain a copy of the paper, please contact: 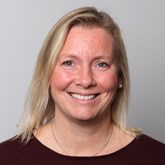