The financial markets always have to be saved

The financial markets always have to be saved

Øyvind Thomassen: It is always the rich people, those with the biggest possessions of shares and property, who are saved by the central banks. 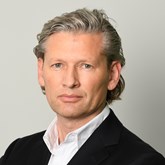 Occupy Wall Street started with the demonstration in Zucotti Park, New York. The slogan was "we are the 99 per cent", and the thought was that the economy is rigged in favour of the one per cent richest. Now, with a Norwegian Parliament more dominated by the left, it is time to ask: Will the next decades belong to the one or to the 99 per cent? Øyvind Thomassen asks.

His feature article Finansmarkedene må alltid reddes (in Norwegian) was published in Dagens Næringsliv on 21 September, 2021.