The article "When Risk Perception Gets in the Way: Probability Weighting and Underprevention" has been published in Operations Research. 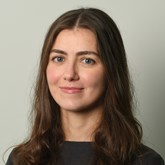 Operations Research is included on the NHH Bonus list and on the Financial Times Research Rank List, and it is also on level 4* in the ABS Academic Journal Guide.

Personal decisions about health hazards are the main cause of impaired health and premature death. People smoke and eat too much, and they exercise too little. The lack of preventive efforts is surprising given their proven effectiveness. In the early 1960s, Arrow suggested that moral hazard might be a reason for underprevention, but this explanation was later challenged.