The article "Finding the right yardstick: Regulation of electricity networks under heterogeneous environments" has been published in European Journal of Operational Research. 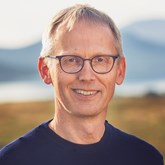 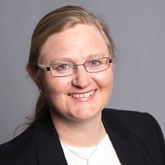 European Journal of Operational Research is on level 4 in the ABS Academic Journal Guide.

Revenue cap regulation is often combined with systematic benchmarking to reveal the managerial inefficiencies when regulating natural monopolies. One example is the European energy sector, where benchmarking is based on actual cost data, which are influenced by managerial inefficiency as well as operational heterogeneity. This paper demonstrates how a conditional nonparametric method, which allows comparison of firms operating under heterogeneous technologies, can be used to estimate managerial inefficiency. A dataset of 123 distribution firms in Norway is used to show aggregate and firm-specific effects of conditioning. We compare the models presently used by the Norwegian regulator to a suggested conditional model, thus providing a viable alternative to distinguish between managerial inefficiency and operational heterogeneity. The use of the conditional model in this regulatory context leads, first, to a decrease in aggregate efficient costs and, second, to a reallocation effect that affects the relative profitability of firms and relative customer prices, thus providing a fairer basis for setting revenue caps.