A book recommendation: The Feeling Economy

A book recommendation: The Feeling Economy

This book on how AI is creating the era of empathy, discusses among others, how AI is embracing analytical and intuitive tasks, examines how management and consumer behavior are impacted by AI and the moral, ethical and governance implications of The Feeling Economy. 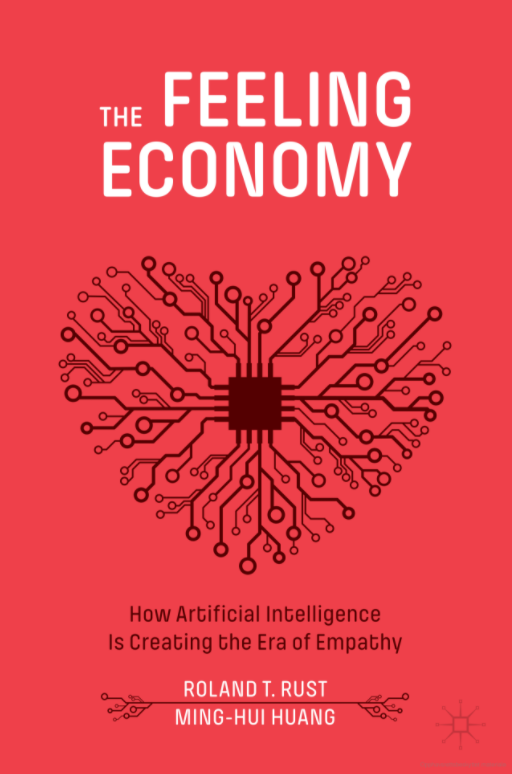 The Feeling Economy: How Artificial Intelligence Is Creating the Era of Empathy

Since the Spinning Jenny and the Industrial Revolution (from about 1760 to sometime between 1820 and 1840), mechanical machines have replaced or substituted workers. The results have always been reduced costs, increased output, improved productivity and an increase in welfare for most if not all. This is not necessarily the case in modern economies where powerful computers with sophisticated software and artificial intelligence (AI) challenge all functions of an organization. As machines and their AI are trained to “think,” many tasks that previously required human intelligence are increasingly replacing “white collar workers” as machines and software become more sophisticated. Is there any tasks or jobs reserved for humans?  While computers and software can collect and analyze vast amount of information faster and better than humans, it is (still) difficult to automate emotional intelligence. Today, this is where the human worker’s competitive advantage over machines lies. The book by Professors Rust and Huang explores the impact of AI on everyday life, looking into workers’ adaptation to these changes, the ways in which managers can change the nature of jobs in light of AI developments, and the potential for humans and AI to continue working together.

The book argues that AI is rapidly assuming a larger share of thinking tasks, leaving human intelligence to focus on feeling. The result is the “Feeling Economy,” in which both employees and consumers emphasize feeling to an unprecedented extent, with thinking tasks largely delegated to AI. The book shows both theoretical and empirical evidence that this shift is well underway. Further, it explores the effect of the Feeling Economy on our everyday lives in the areas such as shopping, politics, and education. Specifically, it argues that in this new economy, through empathy and people skills, women may gain an unprecedented degree of power and influence.

This book will appeal to readers across disciplines interested in understanding the impact of AI on business and our daily lives. It represents a bold, potentially controversial attempt to gauge the direction in which society is heading.

The Feeling Economy: How Artificial Intelligence Is Creating the Era of Empathy